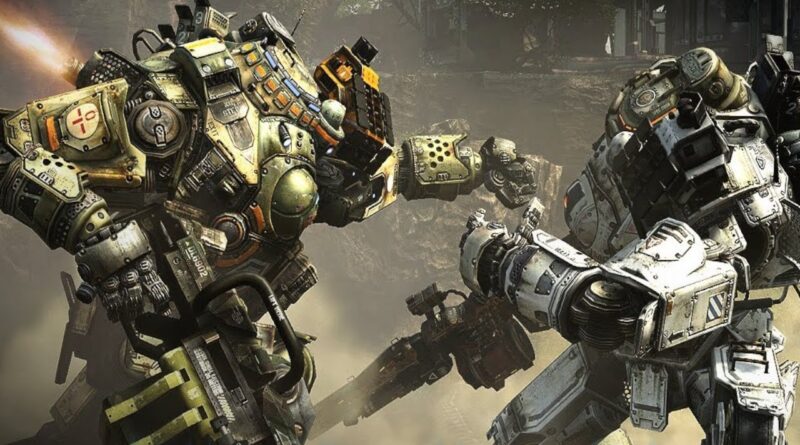 A tip for aspiring game developers to instantly improve your game – add a robot character! No, robotic enemies do not count (although many are awesome in their own right). Rather, the inherent difference between a human and a human-like creation is fascinating enough to make them compelling characters. Beyond personality, a robot’s abilities and weaponry can also prove to be appealing to those more predisposed towards carnage. It’s time to celebrate those that put the “fun” in “functioning properly.” A couple of ground rules, however: only androids and robots that originally debuted in video games are eligible, and only one entry per franchise. Without further ado, here is our top ten robots in video games list.

The Robotic Operating Buddy somewhat skirts the line of being a “video game” robot, seeing as his first appearance wasn’t actually in a game. but R.O.B.’s importance to Nintendo’s history is too great to be overlooked. Originally packaged with Gyromite and Stack-Up for the NES, he was vital in making the system a success even after he was discontinued a few years after launch. Some consider him to be a Trojan Horse for the video game industry as a whole, as his bolstering of the NES’ success brought video games from the brink of collapse. Fortunately, his legacy lives on with appearances in titles like Mario Kart DS and the Super Smash Bros. series. Not bad for a toy with only two subpar games!

Built to assist human police, Conner was the shining star of CyberLife upon his construction. However, what could have been a profitable career investigating his fellow androids was soon ruined by one factor: he’s one of the playable characters in a David Cage game. Depending on the player’s decisions, Conner can go rogue and free his CyberLife brethren… or kill the uprising leader and end up deactivated. Only with the right choices does Conner have any hope of reaching a happy ending, but even his failures have a certain bittersweet tinge to them. His exploration in what measure machine and man differ is more than deserving of the number 9 spot.

Aigis, much like Conner, strikes out a new path for herself throughout the events of Persona 3. She trusts the protagonist immensely, even lamenting her failure after she is seemingly killed in battle. Upon her return, however, she is gifted with emotions that deepen the bond between her and the rest of the S.E.E.S. Beyond her story arc, she’s also a deadly foe in battle, wielding multiple firearms built right into her body. Aigis can also use multiple Personas, giving her access to powerful damage and supporting moves. Her popularity was enough to secure her spots in spinoff titles like Persona 3: Dancing in Moonlight, Persona 4 Ultimax, and Persona Q. And it’s all wrapped up in one cute robo-girl package!

In a title with characters like a cyborg ninja and talking gorilla, it’s odd that one of the most endearing (or hated) characters only beeps. Bastion is a relic from the Omnic Crisis, robots who rebelled against humanity for their second-class treatment. What once was part of a sea of hundreds of killing drones now walks the forests with only the company of Ganymede (a bird) on his shoulder. This is all in lore, however; in-game, Bastion is a deceptively simple damage dealer. Turret form and Configuration: Tank might be brutal but taking advantage of his self-healing and recon mode are key to using him effectively. Also, his voice lines include him beeping the Overwatch theme and Deck the Halls, and that’s just adorable.

Despite his name, Quote is a man of few words (or any words, really). Waking up with no memory of who he is, this Ash Ketchum lookalike finds himself on a journey to help save the Mimiga from the Doctor. Along the way, “Mr. Traveler” discovers he is not a human, but rather a robot soldier built to liberate the Island. It does explain why he’s able to use so many weapons without training, increase his durability with Life Capsules, and fly with the aid of a jetpack. Some could also say it’s the reason he rarely emotes. Either way, his partner Curly Brace emotes enough for them both. Fun fact: the pair are named after the keys on the keyboard, with the curly brace right above the quote key. Both are frequently used in programming languages and seem pretty fitting for a pair of robots!

…or not to be? That’s up to the player and which of the many, many endings they pursue over their time playing NieR: Automata. The YoRHa No.2 Type B android is a close-combat member of the YoRHa military with ranged options and a secret, more sensitive side. Her interactions with her Scanner, 9S, reveal her stoic front hides plenty of emotions she normally can’t display. Her selfless devotion to her task and to her friends makes her a competent ally and a fearsome foe. Very few would want to come face to face with her blade, Virtuous Contract. The Holy Blessing ability makes it particularly deadly when at full health, so skillful players should find it especially powerful. Like R.O.B. before her, 2B has made cameos in multiple other titles, including fighting game Soulcalibur VI. Glory to mankind, indeed- or should that be “robokind?”

Found in the future portion of the game, Robo was brought back to “life” by the group’s inventor and engineer, Lucca. While the enemies in the area are the same model as him, Robo is decidedly more passive and introspective. He longs to understand human emotion and studies it diligently, even spawning his own romance in a sidequest. Do not think that this makes him a pacifist, however. As his design implies, Robo is very much the tank of the group, able to take the most damage and dish it back in turn. He also has no weaknesses, due to his lack of a magical element (although some of his attacks do have Shadow and Fire elements). Speed is your own downside when using Robo, as his list of Techs allows him to pair well with any other party member. Special mention goes to his theme song for sounding like a certain meme – you know the one.

You’d think that working with a Lombax all day would get tiring, but Clank has proven time and time again he’s more than up to the challenge. Then again, if Ratchet wants to get anything done, he has to follow Clank’s rules and suggestions. Clank functions as Ratchet’s backpack pal, with abilities like a grappling hook and a jetpack. His antenna gives him the power to command Microbots for extra support when needed (and with Ratchet, he needs it). He’s also an accomplished movie star! Secret Agent Clank, both the real-world title and in-universe movie, stars the determined ‘bot as a member of the Agency on his quest to save the Eye of Infinity. And along the way, he found time to chill with fellow PlayStation robot Bomberman.

If we were handing out awards for “Most Quotable Robot,” then GLADoS would be the clear winner. Her iconic voice, provided by Ellen McLain, has made her an enduring villain (and one-time ally) in the eyes of pop culture. Beyond her snark, however, is the last remnants of a woman who just wanted what was best for her company. Learning about her past life in Portal 2 turns GLADoS into a sympathetic, if still cruel, figure. Her relationship with the silent protagonist Chell is equal parts moving and hilarious. After all, few villains would take the time to explain how your mother abandoned you on a doorstep. Because you are a horrible person, as proven by science. Her two songs also showcase her range of emotions and the raw talent behind her voice. GLADoS also has the, uh, “pleasure” of being the only entry on this list who was at one time a potato.

You knew when you clicked on this list that Mega Man would appear in some fashion or another. Like the series or not, the Capcom franchise is the go-to example of “robots in video games.” However, we pick the Blue Bomber’s SNES iteration as our entry for the series. X is simply more powerful, more talented, and more developed than Classic Mega ever was. With the ability to copy his opponent’s weapons and receive upgrades from Dr. Light, X continually proves why he’s the shining example of Reploid-kind. His unlimited potential may backfire on him from time to time (looking at you, X7), but it never keeps him down for long. Fight on, X… for everlasting peace – or to save Zero again. 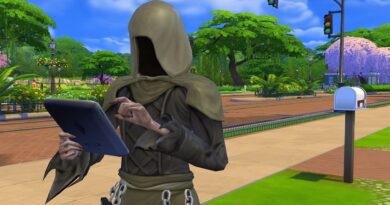