A lot of players seem to be having an issue with Undertale. When they run the game it will be locked in windowed mode and not utilize the full size of their screen. There is a simple fix for this bug, and depending on what kind of computer you are playing on one of the solutions below should help you make Undertale fullscreen! No matter where you bought your game from, whether it was Steam or the Humble Bundle or wherever these keyboard shortcuts will work! Even if the fullscreen button on the window is greyed out or missing, these commands should force the game to go fullscreen.

How to Make Undertale Fullscreen on Windows

If you are playing Undertale on a computer running windows, below are three keyboard shortcuts you should try to make Undertale fullscreen.

That’s pretty much it! It’s an easy fix to make Undertale fullscreen. Why this bug exists we don’t know, but luckily it’s not too much of a headache. Undertale is a great game that should be played by every gamer. This critically acclaimed indie RPG developed essentially by a one-man team is a great example of originality and creativity in a market that seems saturated by reboots and uninteresting sequels and prequels. There’s a reason it was called game of the year when it was released back in 2015! Now get out there and play this masterpiece in fullscreen like it was meant to be played! 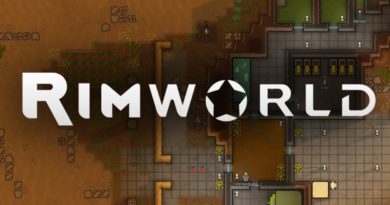 The Best Gun in Rimworld