There are a multitude of diseases in Rimworld. Some will kill your colonist if left untreated, some will hinder them in one way but give them a bonus in another. Gut worms are one of many diseases in Rimworld that can affect your colonists. It is not deadly but can be very annoying for new and experienced players. If your pawn or their loved one has contracted gut worms, don’t freak out – it is a very simple disease to cure!

What do they do?

Gut worms have only 2 symptoms. The worms will make your colonists get hungry twice as fast forcing them to eat more food and take more breaks than a healthy pawn and it will make them vomit. It seems almost harmless right? Well, that is until your colony is low on food and Bill is eating 6 meals a day because he has to feed the parasites inside of him! Maybe you have enough food to last a nuclear holocaust so you say to yourself, “Pfft, I can deal with double the hunger – bring it on!” Well, maybe Bill’s vomit was enough to set off an on-edge colonist because of how disgusting it made the room they’re in. Bill is going to throw up at least once a day if not more and someone is going to have to clean it up. You better get him healed fast!

How to Cure Gut Worms in Rimworld

Gut worms are no big deal if you can handle it, but if it’s one of the thousand problems your colony is going through, it can be a bit of a hassle. Good news for you, gut worms are actually one of the easiest diseases to get rid of! All you need is medicine and a doctor. Have your doctor treat the pawn that has been infected with gut worms. When your colonist gets treated, there is a “treatment quality” pop-up. In order to cure your pawn, you simply need to have all the treatments add up to 300%. Sounds confusing at first, but basically if your pawn gets 3 treatments of 100% they will be cured (6 treatments at 50%, 10 at 30% etc.) There is no “golden” number of treatments, you just need to hit that 300 total percent!

If you have a rich colony and a good doctor, you can also simply install a bionic stomach in the pawn with gut worms. Not only will this get rid of the disease, but it will also make them immune to it! As long as they have a bionic stomach they will never get gut worms again!

If you are doing a tribal play or simply don’t have medicine laying around, scout the map for some fully grown wild healroot that you can harvest. It’ll do the job too!

Gut worms are a nuisance there is no doubt about that, but just because a pawn became infected with them don’t reload your game or start a new colony! It isn’t the end of the world, it’s just part of life on the rim. Have your doctor patch them up and they’ll be back to normal soon!

If you liked this post check out our other tips and tricks on Rimworld such as best hydroponic farm layouts, and the best weapons! 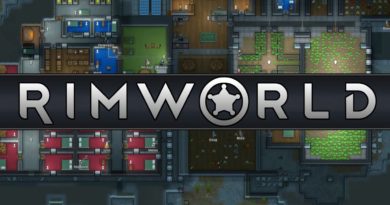 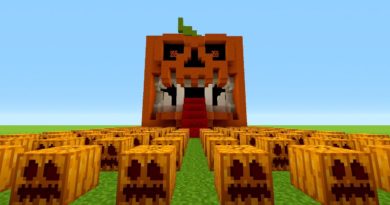 How to Make a Carved Pumpkin in Minecraft – Super Easy!